Tim Marlow, and his quest to make the Royal Academy 'the most animated campus in the world'

There is an explosive brew bubbling at the RA: take the revered, but fiercely independent Royal Academy, add as artistic director the enormously inspirational Tim Marlow, art historian and media darling, and top it off with a £45 million budget which will double the size of the building, to coincide with its 250th anniversary in 2018. 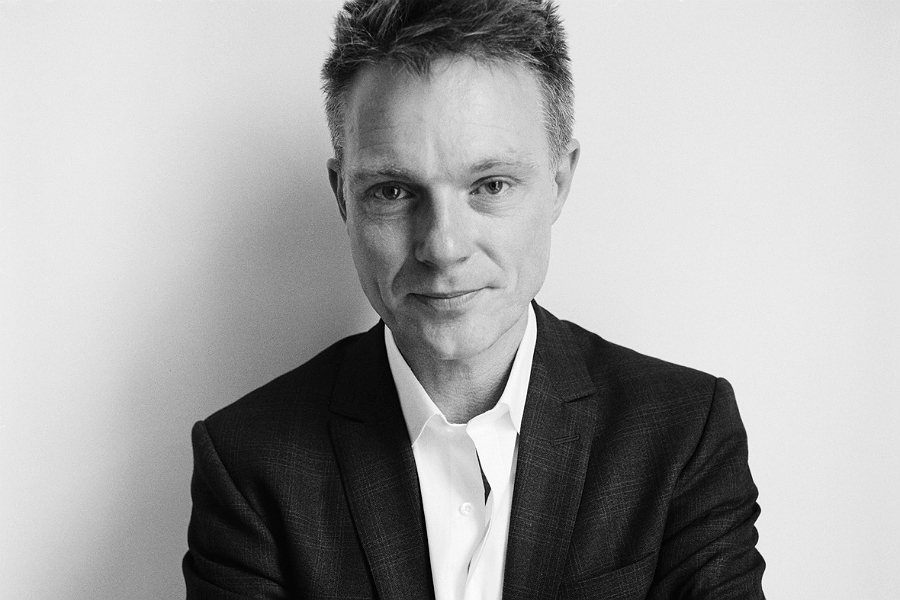 “I first became interested in the arts” he says “when as a 12-year-old kid, we went up to Glasgow each year on the way to the Edinburgh Festival. It started off with my cousin donating a rare bat to the Kelvingrove Art Gallery and Museum. I was mesmerised by Dali’s Christ of Saint John of the Cross which was hanging next door. The Edinburgh festival became an annual family pilgrimage”.

While doing his Masters at the Courtauld Institute of Art, he lived in Pimlico, ideal for all the free events going on at the nearby Tate.

His initial foray into the media goes back to his PHD, when he presented BBC Radio 4's arts programme Kaleidoscope between 1991 and 1998, for which he won a Sony Award. “I was doing my PHD in British sculpture and I met lots of interesting people. Bryan Robertson (former curator at The Whitechapel) introduced me to a radio producer, who asked me to review a Tony Cragg sculpture exhibition at the Lisson gallery".

Today he is often a guest speaker for The World Service: “The BBC has an excellent daily art coverage” he says, especially  Front Row and Free Thinking on the radio. 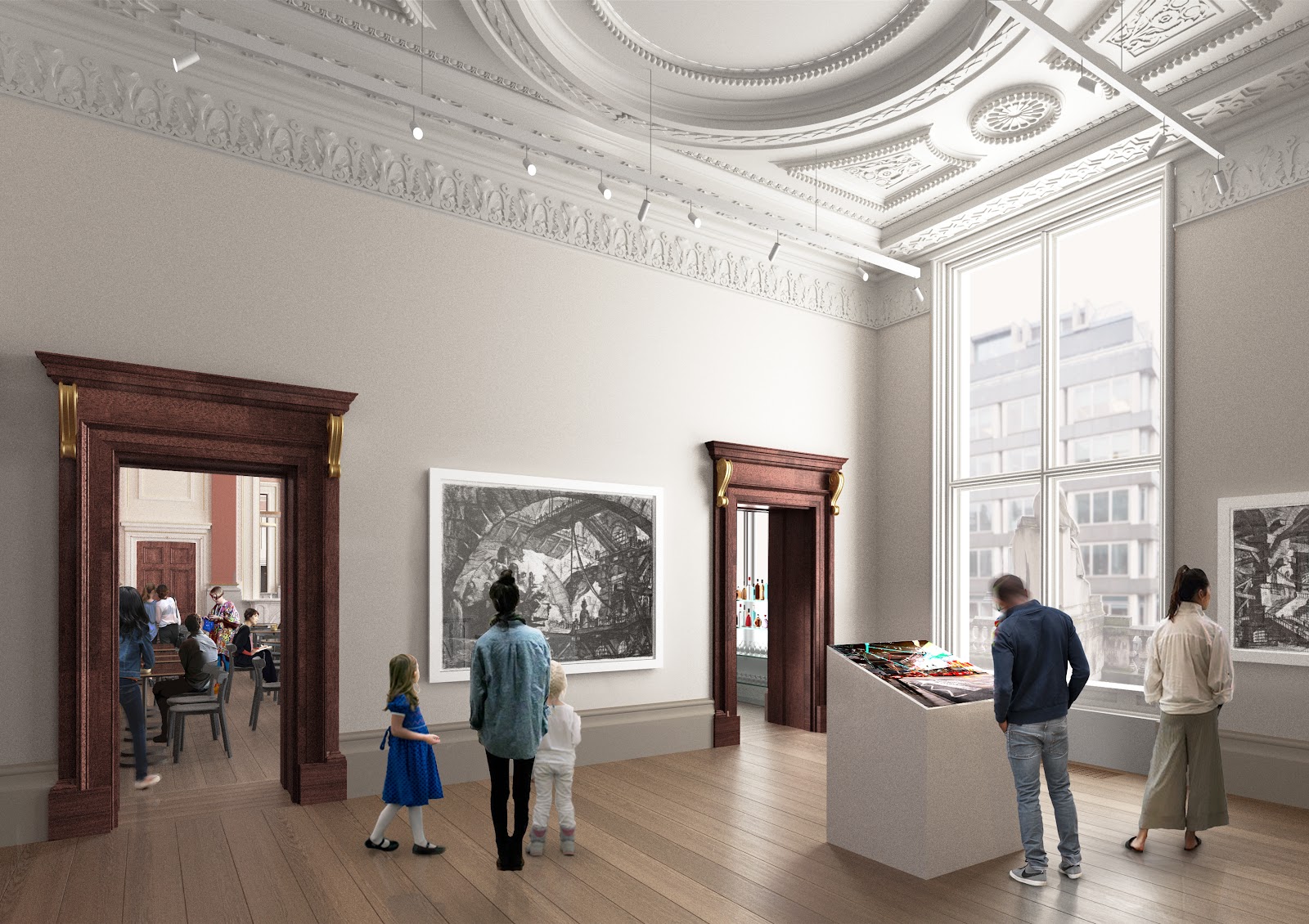 So what is Tim’s mission at the Royal Academy? “When it reopens in 2018, it will be the most animated campus in the world” he replies quickly.

Architect David Chipperfield is responsible for the “new” RA which will run all the way from the Burlington Street entrance in Mayfair to today’s main entrance on Piccadilly. The upper-level galleries alone will be two and a half times the size of the today’s Sackler galleries and there will be a two story auditorium with seating for up to 350 people. The studio will of course be left intact. “Many people forget that the Academy is, above all, an art school, founded by artists and architects” adds Tim.

Apart from overseeing this development, he has also been involved in a lot of fundraising.

“The Academy has a Royal Charter, which means we don’t get government grants like most other ‘museums’, so we need to raise  money. But we are, fortunately, covered by a government scheme which insures all the works of art that we lend or borrow. Otherwise we couldn’t possibly afford to borrow a Titian, for example. But as we’re independent, there’s a lot of creative dispute among the management. But nobody can accuse us of wasting money. There’s no political interference of the type you get in the BBC where it’s sometimes difficult to criticise certain politicians. Besides, government funded institutions tend to be bureaucratic”.

I ask Tim how he feels about the the current state of the visual arts scene in London compared to other European capitals.

“It has increased enormously and it is artist-led: the Tate Modern was a symptom rather than a cause, thanks to a successive list of artists who were attracted  to London. In the 1990s every other major city had a contemporary art museum, except London. The momentum in UK art is seen by the interest shown in the last two decades –with major international exhibitions, not just in London, but also in Glasgow. But the UK did come to it a bit late. Constable and Turner were revered by the French, yet Constable was viewed as something rather Tory, an idealistic view mixed with heritage, yet he is a radical visceral painter with very modern ideas. Turner’s radicalism was more easily understood. Take the full size sketch of Constable’s leaping horse in the RA and indeed the sketch at the V&A: I'm not sure that anything that Turner paints hits that peak”.

Marlow is passionate about art history and enjoys creating historic shows, informed by the present. But above all he enjoys working with artists in their studios, building relationships and ultimately their exhibitions with them. 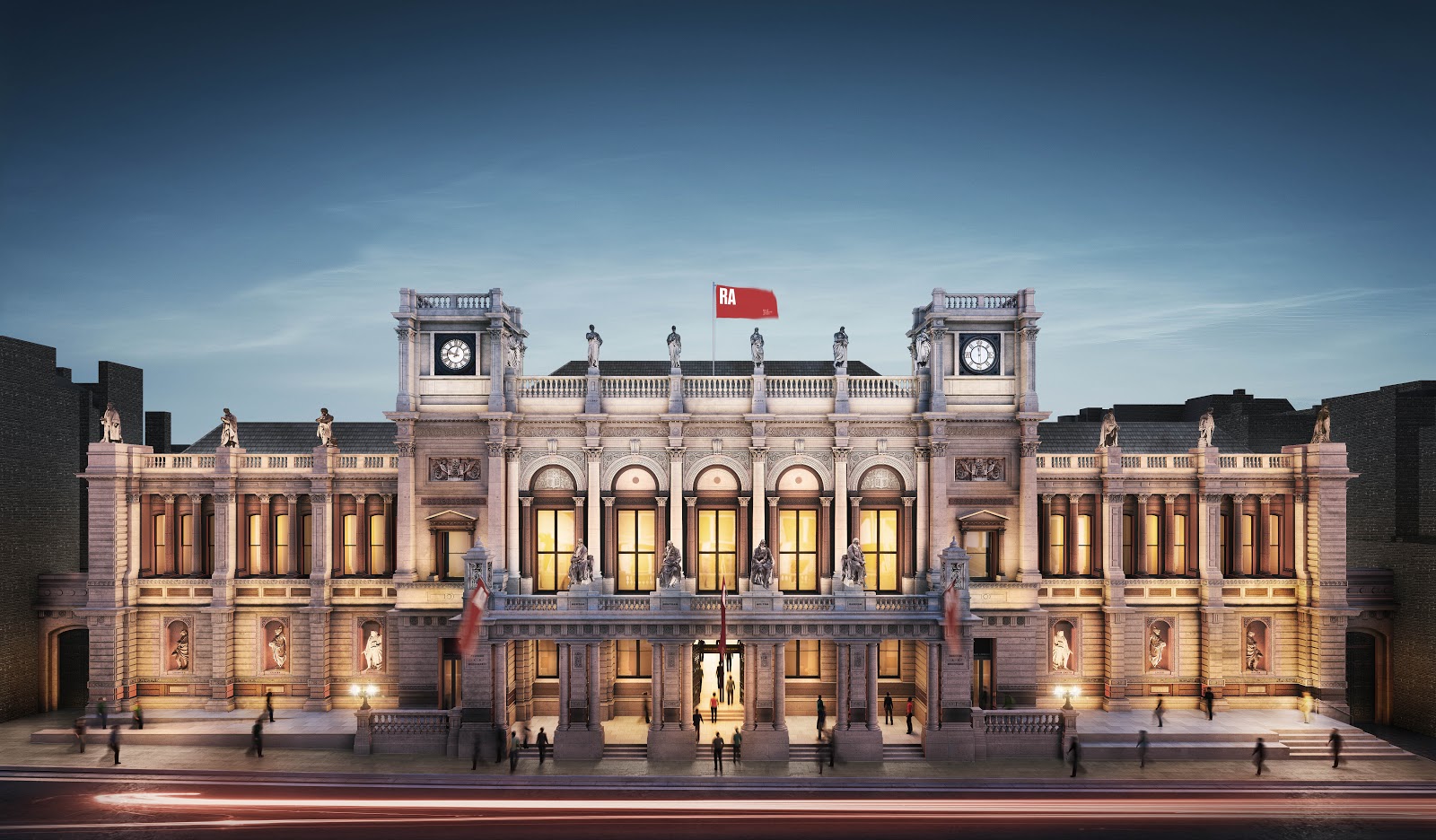 Before leaving, I ask if Tim can share a few of his favourite London addresses with Diventonians.

“J Sheekey, off St Martin’s Lane, it’s old fashioned, wood-panelled, one of the best fish and seafood restaurants. It’s like being transported back to London in the 50s”.

"I love the east part of the city. The river is magic thanks to the Richard Rodgers scheme (which was responsible in the late 90s for integrating the Southbank Centre into the heart of London life). I remember going over Waterloo bridge as a kid for the first time and seeing that fantastic view all the way up the river".

"You should definitely go east to Brick Lane, Hoxton and Shoreditch with their curry houses and boutiques. Although the high rise buildings are going up almost daily, the Bermondsey area is still exciting: Bermondsey Street has great pubs and shops".

“Borough Market with its food stands and cafés is a must, and just next door, but tucked away, you have Southwark Cathedral. It’s just a quick walk across the bridge from the city. And then close by is Tate Modern and just down the road there’s Postman’s Park near St Paul’s  - with its ceramic wall covered in late 19th, early 20th century tiles commemorating local acts of heroism. It’s a very moving, poetic place of unsung heroism".

"My favourite  monument is Zimbabwe House (429, The Strand), which was built in 1910, and embellished by Epstein sculptures which were sadly vandalised by the prudish authorities in the 1930s when the genitals of the statues were chopped off".

"I love Saint Paul’s Cathedral. Even though I’m not a great fan of Baroque, its grandeur and this italianate theatrical British form of Baroque, is fabulous and stretches nobly above the skyline. I sang in it when I was younger and got married in it when I was older. I think it’s very underrated".

"It’s a pity about the lack of modernist buildings in London: No Corbusier! But you can check out the Penguin pool at London Zoo!"

A plan for a special evening

"For a really special experience, for example Saint Valentine’s night, I’d recommend staying at the Savoy Hotel in the room from which Whistler and Monet managed to get their views of the Thames!"

"I haven’t yet spent the night at the Antony Gormley hotel (created by the sculptor-turned architect, where bedrooms cost £2,500 a night), but would love to!"

Off the beaten track

In a final and totally successful attempt to think of something unique, Tim refers to a place which he passes every morning: “It is the ghost of Rachel Whiteread's House. But there is no longer even a trace of what was considered to be the greatest piece of public sculpture made in the UK in the last 40 years”. It was the concrete cast of the inside of an entire Victorian house. Completed in autumn of 1993 and demolished in January 1994, House attracted tens of thousands of visitors and generated impassioned debate in the local streets, the national press and in the House of Commons.

For more information about exhibitions at the Royal Academy, click here.