Montse Aguer, memeber of the Gala-Salvador Dalí Patronage and current head of the Centre for Dalinian Studies, talked to Divento about the artist and the Dalí Theatre-Museum in Figueres. 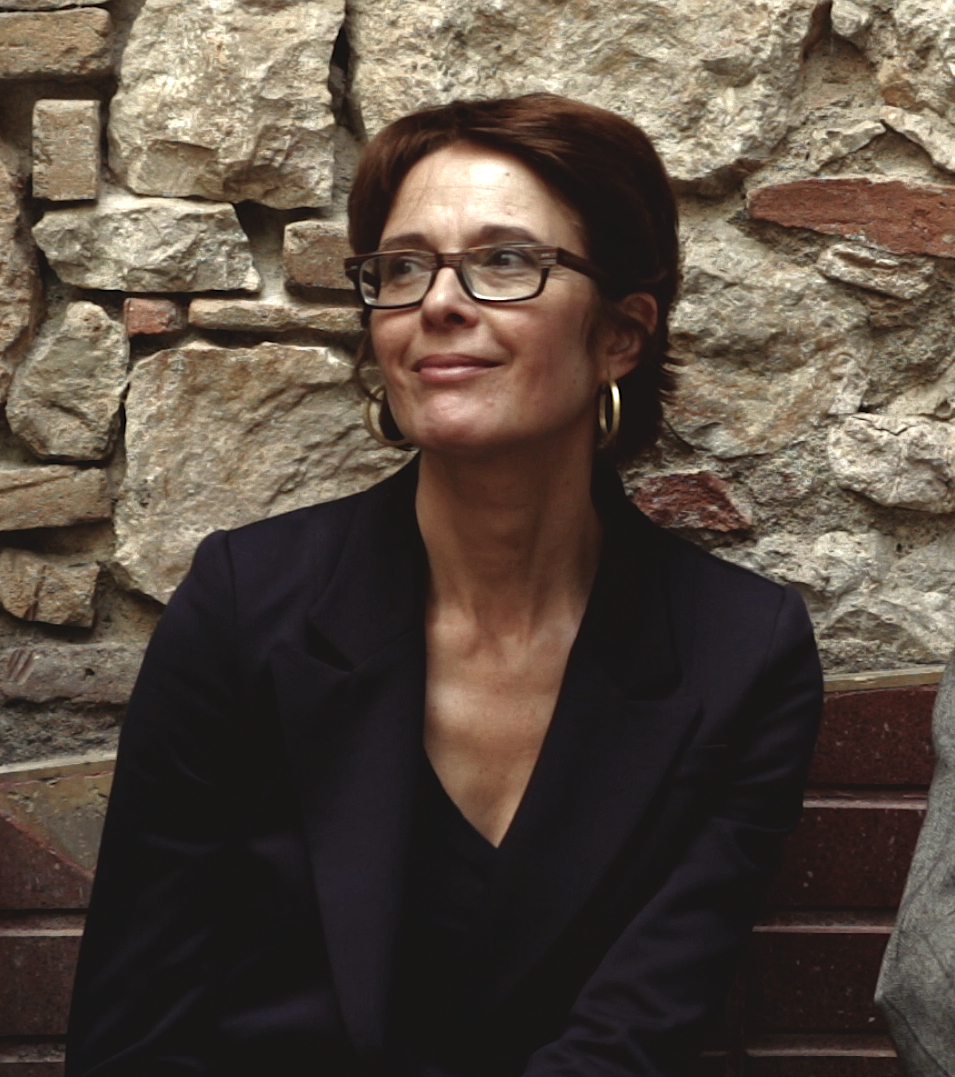 When talking about cultural centres in Catalonia, one cannot possibly overlook the famous ‘Dalinian triangle’, managed by the Gala-Salvador Dalí Foundation and consisting of Dalí’s House in Portlligat (very close to the beautiful Mediterranean city of Cadaquès), the Gala Dalí Castle in Púbol and the Dalí Theatre-Museum in Figueres. The latter is as peculiar as the artist himself, whose work continues to fascinate art lovers many years after his death.

Inaugurated in 1974, the Dalí Theatre-Museum is in  the former local theatre, ravaged by a fire towards the end of the Civil War. “When visitors first come in, they see the stage and the old stalls area. The place is already permeated by a spirit halfway between defiant and playful that allows for a different view that conventional museums don’t have”, states Aguer.

Dalí participated in the whole project, from the choice of the venue to the commission of the great geodesic dome that crowns the building and has become one of the museum’s (and the city’s) distinctive features, along with the Rainy Cadillac in the central courtyard. While the Foundation thinks of the museum as Dalí’s “last great work”, the artist described it as “a great surrealist object, a ready-made”, according to Aguer. 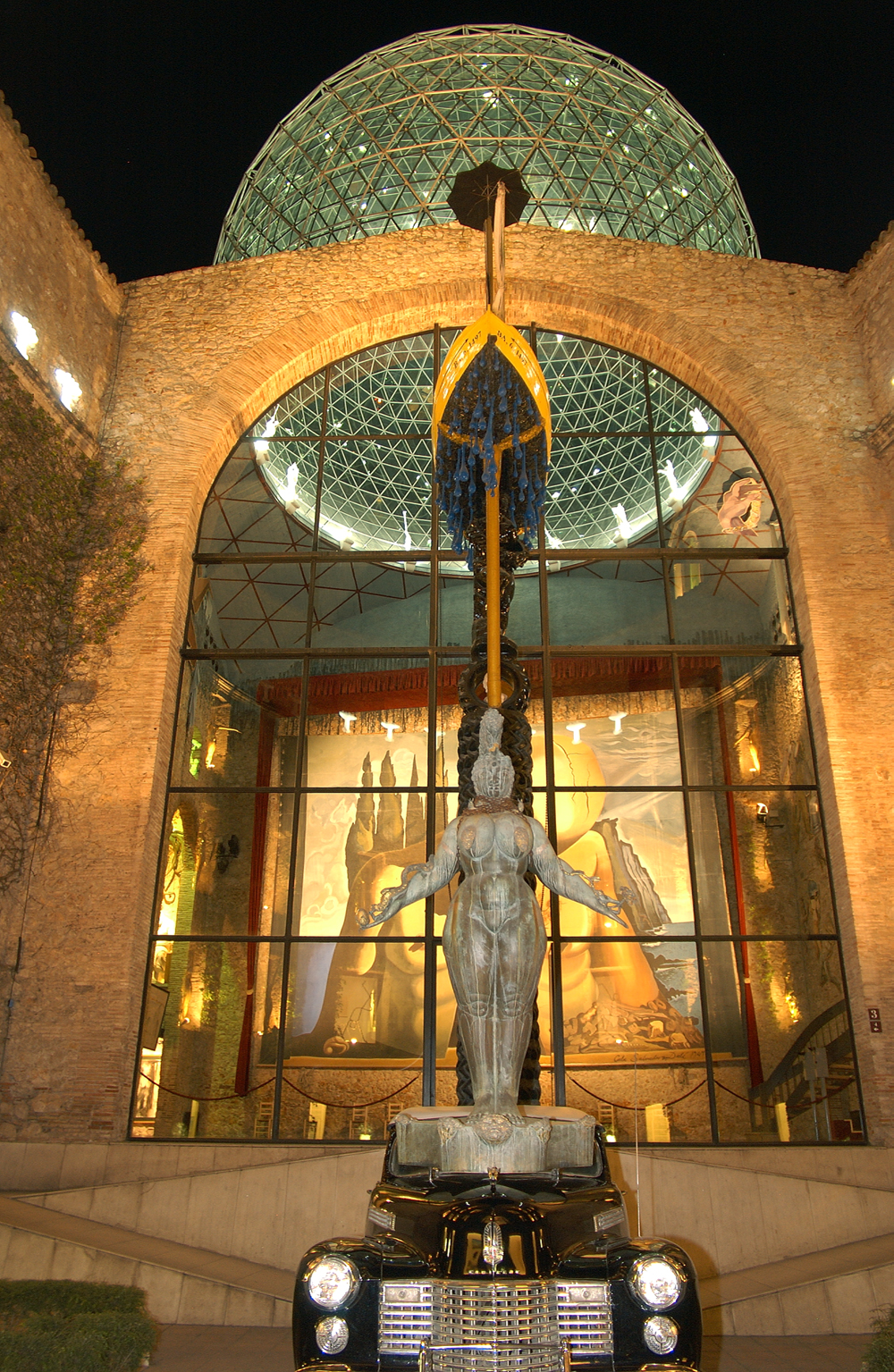 “The Theatre-Museum has been described as a ‘theatre of memory’, a place where you can appreciate works of art, biography, evolution and thought. Dalí was a thinking machine”, says Aguer, who met the artist back in 1985. Though at the time he was already an elderly person, Aguer remembers him as “a very intelligent man with a powerful glance”.

Despite being an extraordinarily prolific artist whose work comprises painting, sculpture, cinema and installations, the general public “is still mostly attracted to Dalí’s surrealist work:  those landscapes with strange, perturbing and enigmatic elements that appeal to the subconscious”, says Aguer, “though there’s an increasing interest in Dalí the filmmaker who collaborated with Luis Buñuel, Hitchcock and Walt Disney”. Dalí’s experience in cinema began in 1929, when he co-wrote the screenplay of Un Chien Andalou, the famous surrealist film directed by Buñuel. In fact, the film was based on (or rather conceived from) two dreams that Dalí and Buñuel had;  which have become the iconic images of the film: a razor blade cutting through a woman’s eye and a hand swarming with ants. Sixteen years later, Dalí designed the famed dream sequence in Alfred Hitchcock’s Spellbound.

On this occasion, however, Aguer prefers to talk about Dalí as a writer, probably his least known facet. “Dalí was a very prolific writer. He wrote works as interesting as The Secret Life of Salvador Dalí, an autobiography that, in my opinion, is a benchmark of 20th century literature”. Dalí’s interest in literature goes back to 1919, when he began writing a personal diary titled My Private Impressions and Memories This was followed by screenplays, poems, essays and novels –most of them unfinished-, librettos and even a musical comedy (The Clouds). 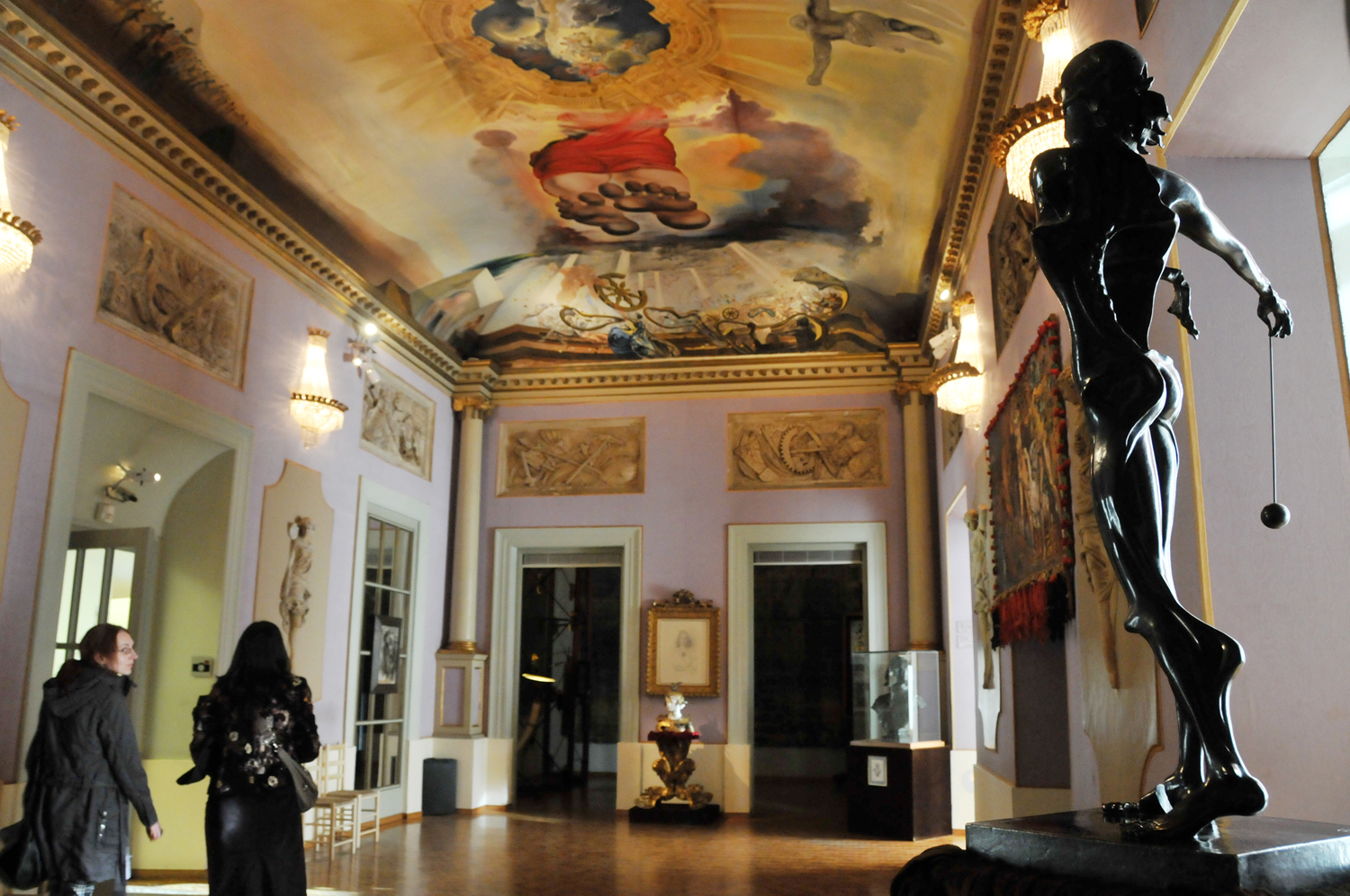 Going back to what Dalí is most known for, Aguer chooses The Girl of Figueras as a painting that has special value. “In his last years at the Galatea Tower, Dalí mentioned that he would like this piece to be in his museum”, says Aguer. “It was one of the two paintings that Dalí showed Picasso when he first visited him in Paris”. Following the wishes of the late Dalí, the Foundation managed to track down the small oil on canvas, and bought it for its exhibition at the Theatre-Museum.

And in typical Divento fashion, we finish with Montse Aguer’s suggestions for those of you who happen to be in the area –or have been inspired, by this piece,  to visit it.

Where to eat after visiting the Theatre-Museum

“I would suggest four restaurants: the Motel Empordà, Cap i Pota, Cal Músic Tavern and Antaviana”.

Where to have a drink and experience the true Figueras atmosphere

Three places that are a “must” when in the area

The best museums or monuments in the region

“The three Dalí museums. In Girona, I would recommend visiting the Cinema Museum, and the Cathedral and its museum, where you can see the Tapestry of the Creation”.

All images courtesy of the Gala-Salvador Dalí Foundation, Figueres, 2014.