Jean-Paul Cluzel, President and CEO of The Grand Palais in Paris and Managing director of the Reunion des Musées Nationaux

“Culture plays an important part in the building of a new citizenship where people from different backgrounds can live comfortably together", explains Jean-Paul Cluzel, just weeks before the attacks on Charlie Hebdo in Paris. 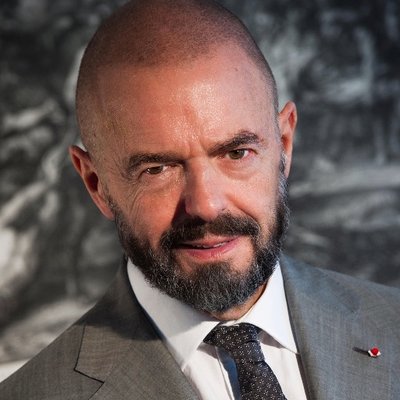 Jean-Paul Cluzel is chairman and chief-executive of an enormous set-up in France which combines managing the colossal 77,000 square metre Grand Palais, in the heart of Paris, with 44 national museums and cultural premises scattered over France.

The Grand Palais, built in 1900 for the Exposition Universelle is famous  for its blockbuster exhibitions: the recent Hokusai exhibition was one in a long line of sell-outs, with the Vélasquez retrospective, scheduled for Spring, set to match it. With its massive volumes, just steps away from the Avenue de Champs-Elysées it's also the perfect setting for anything from the Saut Hermès, one of the world's most prestigious international  show jumping events, to Chanel's recent haute couture fashion show.

"It's my responsibility to define our strategies and manage projects. These projects encompass both the Grand Palais and lots of services and activities that we provide to French museums, both public and private. We manage the stores in 44 French museums  such as the Musée du Louvre, the Musée d'Orsay, the Château de Fontainebleau, the Châteaux de Versailles, the Fondation Louis Vuitton and the Musée Picasso. The sales in these stores represent half of our total turnover. Our other services range from almost everything from website creation to providing these museums with guides. In 2014  turnover was close to €120m, with a staff nearing 1,000," explains Cluzel, in unfaltering English, without even a trace of a French accent. 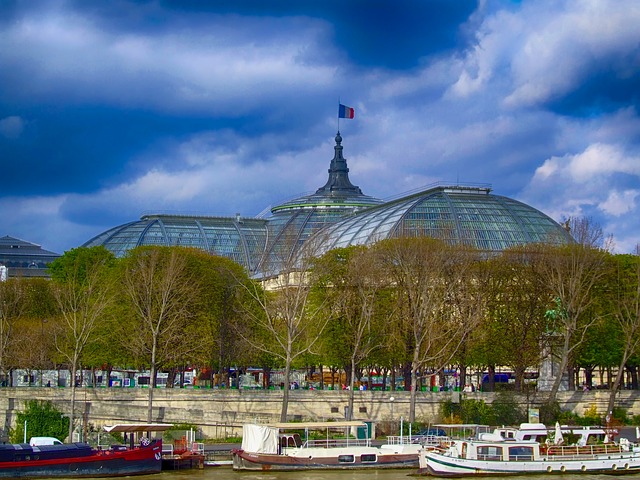 The group has such a wide range of activities that it's not easy to focus on a single objective. But if Cluzel had  to choose a single overall objective, it would be "to enhance the experience provided by a museum and to try to offer the best service possible. Nowadays, people are less interested in seeing a single work of art or a series of them. They expect to be provided with the necessary information, and understand the links between these works and what they mean to society in general. This means the services provided by a cultural institution such as ours should result not only in exhibitions of quality, but also with a sense of artistic experience."

Cluzel had a slightly unconventional debut onto the culture stage. A graduate of the prestigious Ecole Nationale d’Administration (ENA), the breeding ground of high flying civil servants and top politicians, he was parachuted into the cultural arena in 1992: "it started off when I was working at the French Treasury. In 1992, there was a management crisis at the Opéra de Paris and I was asked to fill-in as general manager because of my management skills and cultural interests. But most of my career has been in the media, with my work in radio."

Interestingly enough, Cluzel was not brought up in a cultural environment: his parents were iron-mongers. He explains that his cultural education came mostly from high school and university: “in France if you’re a good student your teachers will spot you and help you develop quickly. I owe my teachers everything: they encouraged me to go to university and made me who I am now. Then it’s all up to hard work.”

When asked if he has a passion for art, Cluzel blatantly replies: “No. I think passion borders on madness. I am a very rational person."

He believes that his biggest achievement to date, as CEO of Radio France Internationale and Radio France has been  to enforce the changes in French public radio, which were necessary to keep its listeners, despite the growing competition from the digital world.

However, one of the challenges he now faces is trying to attract a new public to exhibitions. He explains that today the  typical museum visitor is the over 50, middle-to-upper-class woman. “The real question is: 'can we reach out to younger, less financially-stable generations: people from the suburbs, with little previous cultural education?' Our community is less united than it used to be: we need to create new values so that people of different origins feel like they belong. Culture plays an important part in the building of a new citizenship where people from different backgrounds can live comfortably together."

This issue, he says, is being addressed through a variety of initiatives in schools, working alongside city councils and social workers. At a recent exhibition, special attention was focused on a group of teenagers on the verge of prostitution, and previous projects have included work in prisons. "The work is slower, because of the smaller numbers, but if it’s successful and they enjoy the experience, they spread the word and little by little the image of culture will change.

Our projects targeted 15,000 adolescents from difficult backgrounds last year. Many more people have been reached if you take into account all the other projects carried out by other French museums such as the Louvre, Orsay, Versailles etc…”

As I leave, I ask him if he can recommend us one of his favourite restaurants  - something typically French and not too touristy:

"I can’t promise that it's not too touristy: my favourite restaurant is already popular amongst tourists, mainly American. It’s called Des Gars dans la Cuisine. The food is good. It's gay-owned and operated, and straight friendly,” he adds  with a laugh. "It’s on Rue Vieille du Temple in the Marais. I would also recommend a restaurant called Le Bouledogue, at 20 Rue Rambuteau, also in the Marais."

"You should also go to the Mini Palais, the restaurant in the Grand Palais, not just for its food, but the wonderful setting: the terrace beneath its palatial columns, with a magnificent view on the Grand Palais and the Petit Palais. You can enjoy it in almost any weather.”

I can’t resist asking somebody with such original ideas where his favourite spot is in Paris.

“Surprisingly, even though I manage one of Paris's top cultural institutions, I don't have a specific favourite monument.  But I can't think of any city in the world where you can enjoy the same atmosphere as in Paris. If I had to choose my preferred part of Paris, it would be the Quai Voltaire: it’s on the Seine’s left bank, and there are several classical buildings such as La Monnaie de Paris and the Académie Française. These buildings were constructed in the 17th and early 18th century, during the reigns of Louis XIII and Louis XIV, a period considered by many as the very peak of French architecture. You have the Seine and the Louvre on the other side. I believe that what makes Paris so special is a combination of its classical architecture, its unique atmosphere, and the fact that it's one of the few cities in the world in which the river plays such a dominant role.”