Matera, The Sassi and the Park of the Chiese Rupestri

Probably the third oldest settlement in the world, (after Aleppo and Jericho) the city of Matera includes the Sassi, an area of extraordinary beauty and history in Southern Italy. 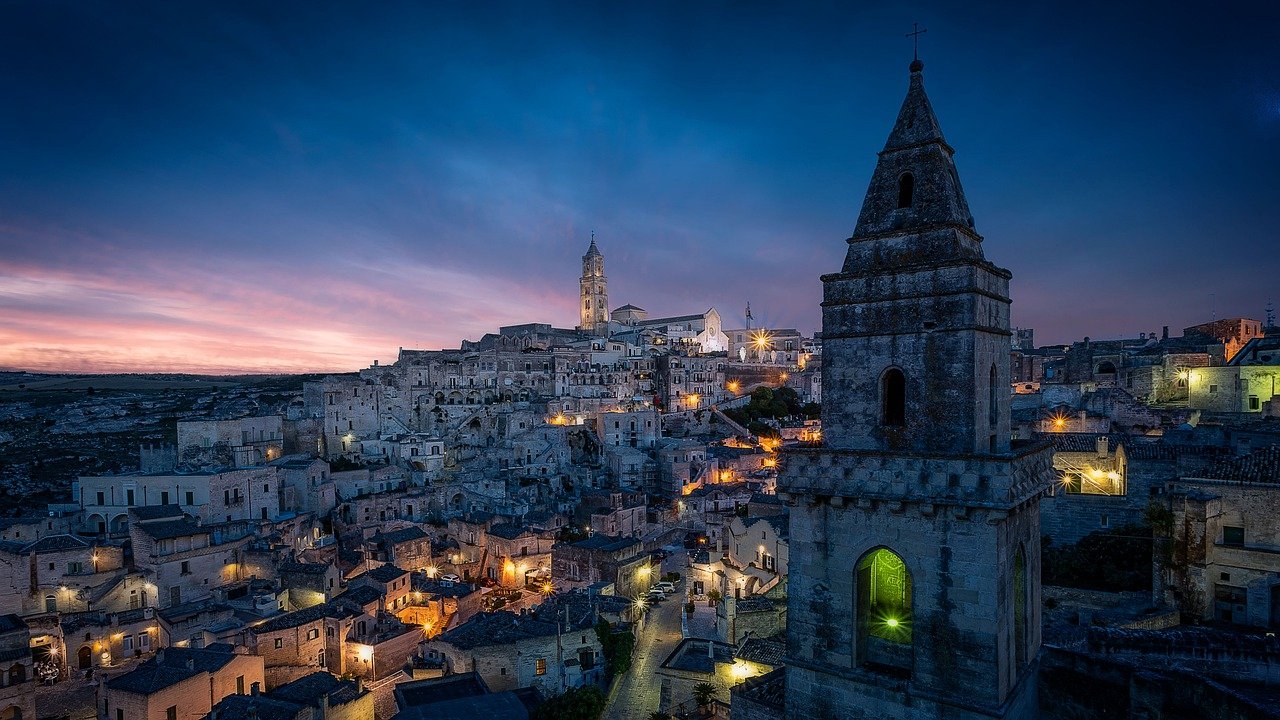 The Sassi is a hectare of rocky hillside, peppered with countless dwellings, churches, monasteries and workshops dating back to the Palaeolithic period (the Stone Age) - in other words, the 10th Millennium BC. Some of them are in caves, others are partially carved out of the rocks. As you wander through the labyrinth of winding paths and steps which link them all together, don’t forget that the area has been lived in for a mind-boggling 7,000 years or so.

Of course you can just wander around. But if you do, you might miss some of the real treasures, which include the following:

The Church of Purgatorio

The Church of San Giovanni Battista

The best way to squeeze them all into your visit is to use the divento itinerary planner, which also takes into account the dates of your visit, and when everything is open or closed. It will also tell you how to get from one place to another. 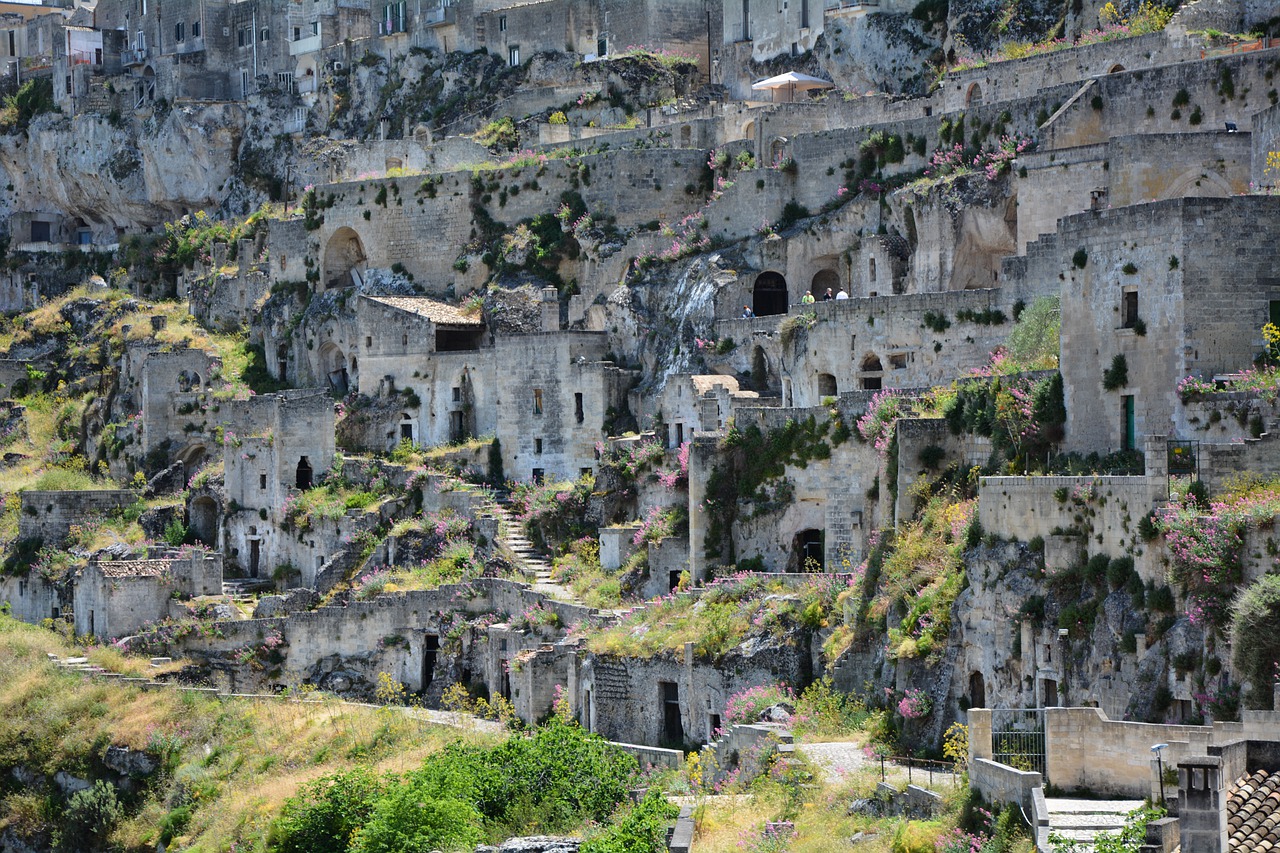 The earliest dwellings are caves. But in many cases, houses and “rupestrian” churches (which are carved into the rocks), have been built on top of them. The area has a ravine running through them which divides the area into the Sasso Barisano and the Sasso Caveoso.

Over the course of its history, Matera and the Sassi have been occupied by Greeks, Romans, Longobards, Byzantines, Saracens, Swabians, Angevins, Aragonese, and Bourbons.

You will see dozens of religious edifices, ranging from 11th-century underground Roman churches,  12th-to 14th-century churches dug out of the rocks, to elegant Baroque churches added in the 17th- and 18th-centuries. Apart from the rock-hewn churches carved into the Sassi, there are another 150 of them in the surrounding area “The Park of the Chiese Rupestri”.

It’s difficult to believe that in the 1950s the local authorities decided to force the inhabitants to leave their homes because they were living in such poverty: many people were still living in caves without a  proper supply of water or evacuation of sewage. The entire population was therefore moved to a modern nearby town, leaving the Sassi abandoned until the 80s when its beauty and historic relevance became apparent. Hotels, small museums and restaurants sprung up, many of them in disused caves.

Matera got a boost when it became a world heritage site in 1993, and another when it starred as Jerusalem in Mel Gibson’s The Passion of the Christ in 2004. More recently, the 25th Bond movie No Time To Die is the latest blockbuster to be filmed here and in 2019 Matera was named one of the two  European capitals of culture. Not surprisingly it’s attracting more and more tourists these days, so try to get there as soon as you can visit.