Kiev might once have conjured images of war and revolution, but its quiet reinvention has made it a force to be reckoned with on the European city break scene. The capital has managed to preserve the heritage and architecture that make it so intriguing, whilst a wave of cultural creativity has swept over the city. The result is definitely worth a long weekend. 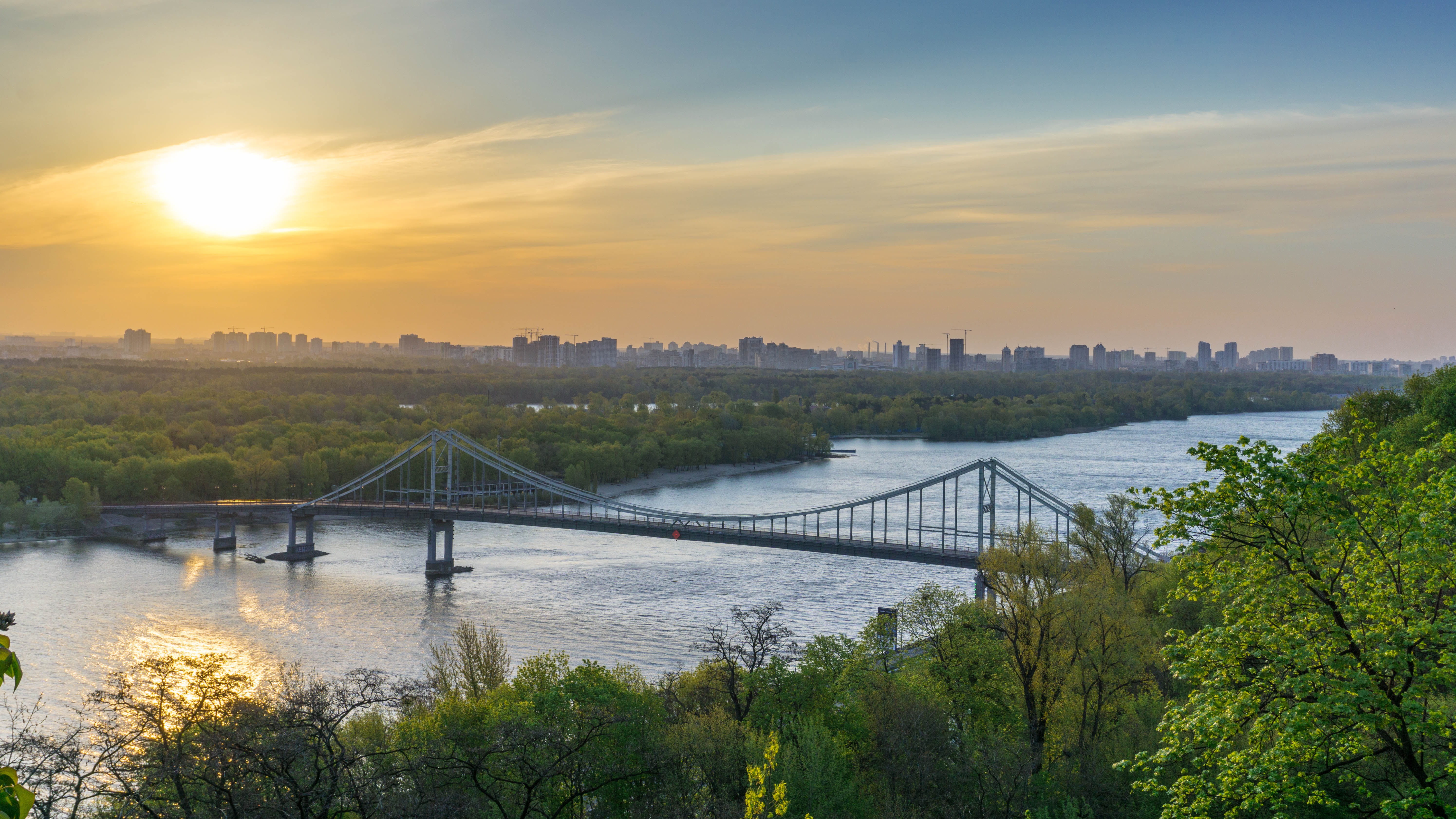 This is where divento.com’s itinerary planner comes in. You can decide what kind of things you want to see (and at what kind of pace) and we will suggest a route for you to optimise your time exploring the city, depending on where things are and when they’re open. Obviously this is just the starting point; it’s easy to shuffle things around, add places in and change your plans on the go to make the most of your time on a three day trip to Kiev.

To get to grips with the city’s origins, the Divento app suggests starting your day at the Kiev Founders Monument on the Dnieper’s banks. From here it’s hard to miss the sprawl of the Ukrainian State Museum of the Second World War. The memorial complex is set back from the river, behind the Founders Monument, and at its heart you will find the Motherland Monument. This emblematic sculpture is synonymous with the city, if not sometimes controversial with its residents. From behind the statue’s shield, a viewing platform affords a glimpse of the golden domes of the Pecheresk Lavra Cave Monastery, which is just a 20 minute walk towards the city centre.  If you don’t mind overshooting a bit, the Kiev Food Market is a trendy spot to stop for something to eat. The food hall has everything covered, whether you fancy some traditional Eastern European cuisine or a fancy cocktail, with a fun atmosphere to match.

Next up, Divento suggests heading over to the Pecheresk Lavra Monastery that you saw from the Monument. The monastery, which still functions today, was founded in 1051. Its long history can be seen in the breadth of architectural styles, particularly the Baroque Dormiton Cathedral which opens up to a classic Byzantine interior. Don’t miss the underground labyrinth of caves excavated by the original monks, now home to religious relics and the mummified remains of their founders.

If you’re heading back towards the city centre or just fancy more of a wander, follow the river north to end the afternoon at Mariinsky Palace and Park. The palace was reconstructed in the 19th-century under orders from Alexander II of Russia, with the park added soon after.

For your second day, the Divento app sets you off in the north of Kiev at the National Museum of the History of Ukraine, where you can trace the country’s history back to Ancient times. The museum conveniently drops down onto what has been labelled the "Montmartre of Kiev"; better known as Andriivsk’kyi Descent. It’s one of the city’s oldest, most beloved streets, and there will be plenty of opportunities to stop thanks to its fringe of artisan stalls, quirky galleries and eateries. If you want to drop into Mikhail Bulgakov’s former home, it is now a museum named after the author, about halfway down the descent.

You’ll be spoilt for choice with places to refuel on your way down, but we’d say Kanapka Bar and its charming terrace is as good a choice as any. The creative menu, which offers oysters as well as some of Kiev’s best sandwiches, should set you up nicely to follow Divento’s route back round towards the river. Before heading over the Dnieper’s only footbridge, take a look at the Friendship of Nations Arch, which carves a symbolic steel rainbow across the waterfront.

If you haven’t been tempted by a bungee jump, cross the Parkovy Footbridge over to Trukhaniv Island and the adjoining Hydropark, which will undoubtedly keep you busy for the rest of the afternoon and into the evening. Whether you want to cycle, amble, paintball or just relax, you’ll realise why it’s such a popular haunt with Kyivan locals. The island stays buzzy well into the night with barbecues and music on the beach, and the footbridge will be wonderfully lit up for your return to the city centre. 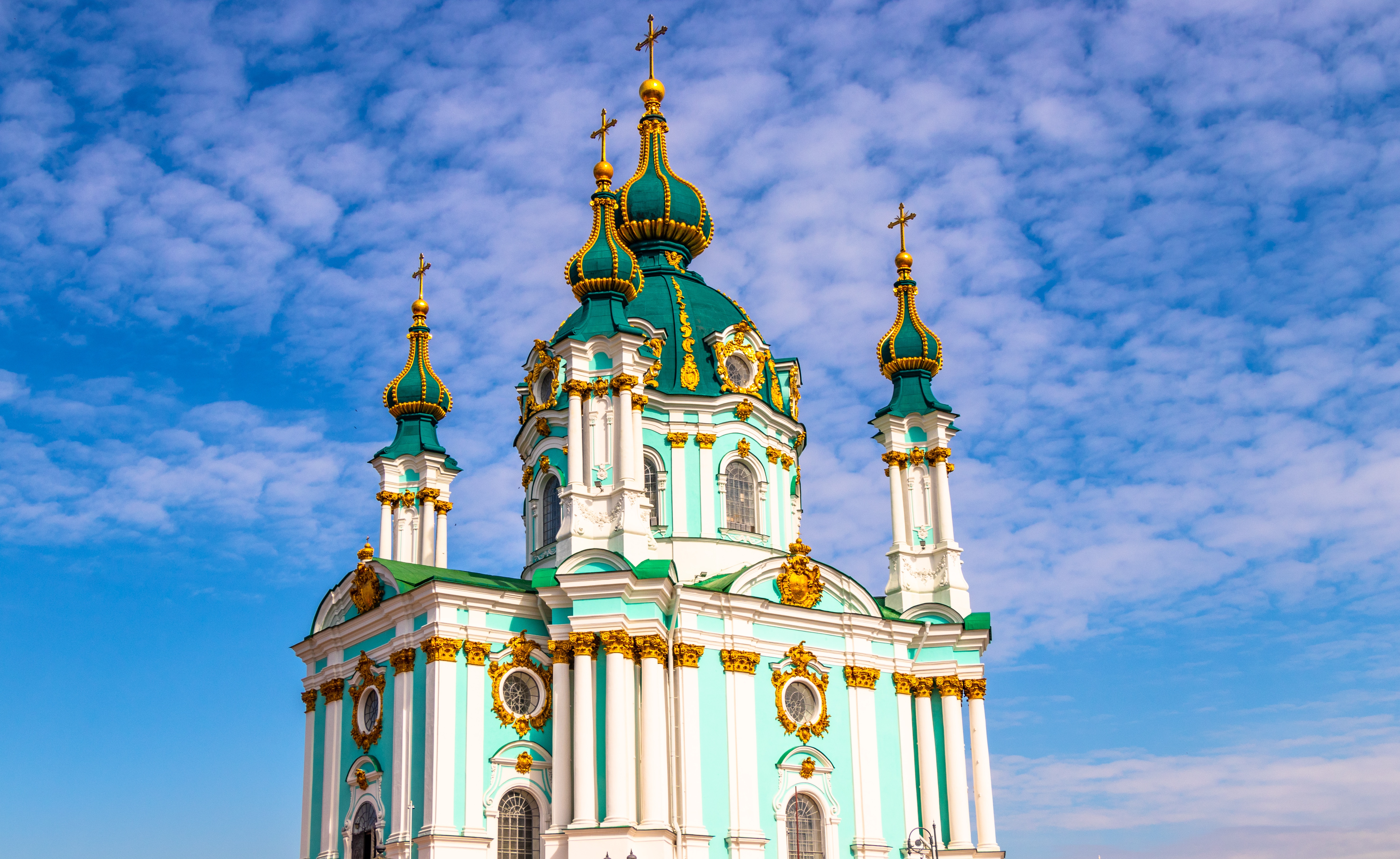 To start your final day with a bit of class, the Divento itinerary recommends that you head to the top of Kiev's answer to London’s Oxford Street and New York’s Fifth Avenue - Khreschatyk Street. The avenue is lined with luxury boutiques, and at the weekend it’s pedestrianised, coming to life with street performers and local vendors. Following the street down towards the Dnieper, hang a left to check out the Golden Gate - a replica of the original 11th-century gateway into the city’s medieval fortifications.

Khreschatyk Street will lead you right up to the entrance of Kiev’s first free public park, now a backdrop to the poignant Volodymyr The Great Monument, dedicated to Kievan Rus’ former ruler. Volodymyrska Hill and its surrounding park area are the ideal settings for a scenic walk and picnic, with wonderful views across the lower city and the Dnieper River. While you’re there, the Divento app suggests having a look at St. Michael’s Golden Domed Monastery which is at the top of the park; another striking example of the Ukrainian Baroque style. You may notice similarities with the Pechersk Lavra Caves Monastery on which it was originally modelled, although St. Michael’s pristine blue façade gives away the fact that it was rebuilt in 2001.

If you want a bit of novelty (or just don’t fancy the walk) then the Divento app will point you towards the back of the monastery, where the Kiev Funicular runs down the hillside into the historical Podil district. It is one of the oldest neighbourhoods in the city and the perfect place to get lost on your final afternoon; the maze of architectural and historical landmarks will give you a true sense of medieval Kiev. If you happen to stumble across it, Kontrakova Square promises a bustling bar - likely filled with locals - to end your time in the city.