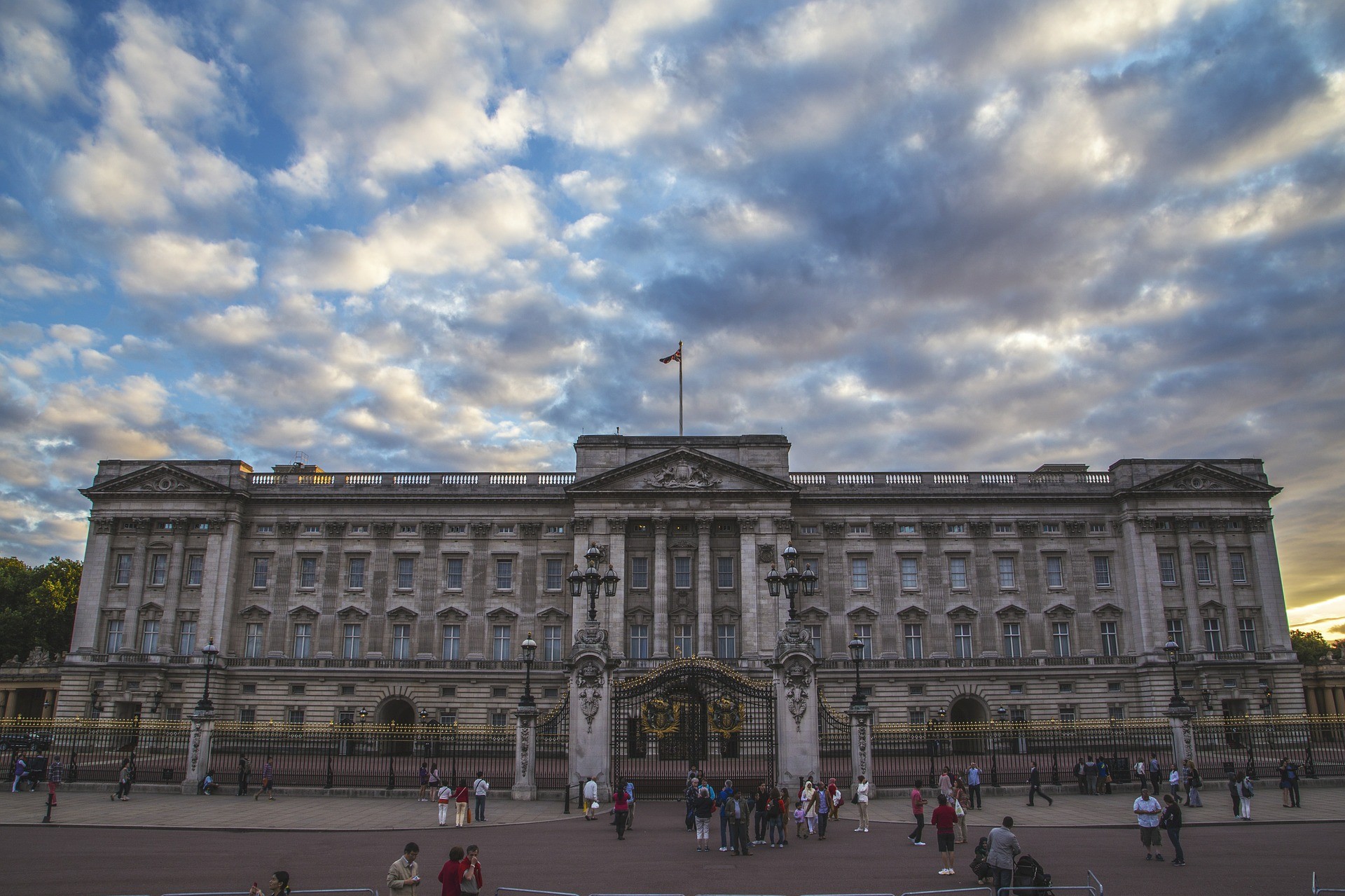 Buckingham Palace is the Queen's official residence and offices. It is built on James I's former mulberry garden, and to this day some of the original mulberry trees are still growing there. Formerly known as Buckingham House, the first home was built by John Sheffield, 1st Duke of Buckingham as a townhouse in 1705. It was bought by George III in 1762 as a private residence to get away from the court at St. James’s. George IV commissioned John Nash in 1826 to enlarge it into a palace, but he died before it was completed. In 1837 it was Queen Victoria who first used it as an official residence.

With its 775 rooms, including 19 State rooms, 52 royal and guest bedrooms, 188 staff bedrooms, 92 offices and 78 bathrooms, Buckingham Palace is the largest royal palace in Great Britain. It is 108 metres long across the front, 120 metres deep (including the central quadrangle) and 24 metres high. The Royal Standard is up when the Queen is in residence. Many of the early 19th century designs still survive, including the extensive use of brightly-coloured scagliola and blue and pink lapis, used on the advice of Sir Charles Long. King Edward VII partially redecorated the palace in a Belle Époque cream and gold colour scheme. Many smaller reception rooms are furnished in the Chinese regency style with furniture and fittings brought from the Royal Pavilion at Brighton and from Carlton House.

The 17 hectare Buckingham Palace Garden is the largest private garden in London. In front of the Palace, you‘ll see The Victoria Memorial, which was created by sculptor Sir Thomas Brock in 1911 and erected on a surround constructed by architect Sir Aston Webb. Although in use for the many official events and receptions held by The Queen, the State Rooms at Buckingham Palace are open to visitors every year.

If you're looking for information about the Royal Mews, click here, or here for the State Rooms.