“Perception is a tango: a work of art doesn’t exist without a person to look at it.”

Being in charge of the Picasso Museum, an international icon and the most visited art museum in Barcelona, can´t be an easy task. But after more than 10 years in the Picasso Museum in Málaga -and having worked as a special project assistant for the Metropolitan Museum of Art in New York-, Bernardo Laniado-Romero was pretty experienced in all matters Picasso when he became director of the museum in 2012*. He talked to DIVENTO about Picasso, the museum and Barcelona. 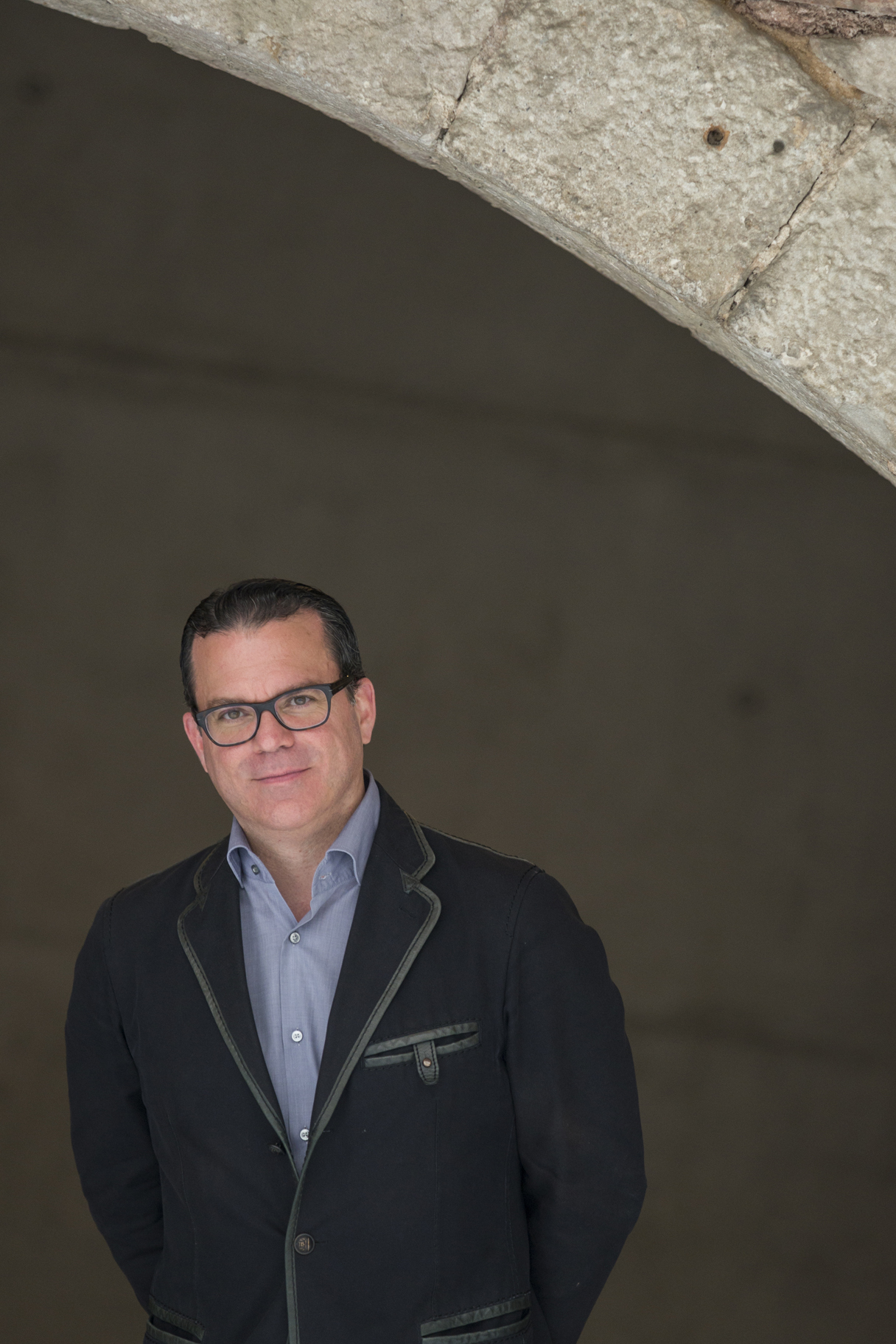 Forty years after his death, Picasso continues to be a highly influential figure in the art scene today. His legacy to contemporary artists “who are still debating works by Picasso, an extremely prolific and versatile man” is matched by the interest his name arouses in museum-goers, witnessed  by the never ending queues of visitors who patiently wait to get their tickets to the Picasso Museum in Barcelona, with its collection of more than 4,200 pieces, donated mostly  by Picasso’s relatives and the artist himself.

According to Laniado-Romero, “the relationship between Picasso and the city began in 1895 and ended with his death. He first arrived in Barcelona is his early teens and lived those years passionately. It was here where he was trained as an artist”, he adds.

The Picasso Museum opened its doors in 1963, in the Aguilar Palace. The initiative was led by Jaume Sabartés, Picasso’s secretary and close friend, and a group of followers from Barcelona.  In addition to the Aguilar Palace, the museum includes four historical buildings in the bustling Montcada Street: the Barón de Castellet Palace, the Meca Palace, the Mauri House and the Finestres Palace, which were added  to the museum between 1970 and 1999. “It’s a great honour to safeguard such a valuable architectonic assemblage. It’s a fundamental part of the city’s monumental heritage”, claims Laniado-Romero. 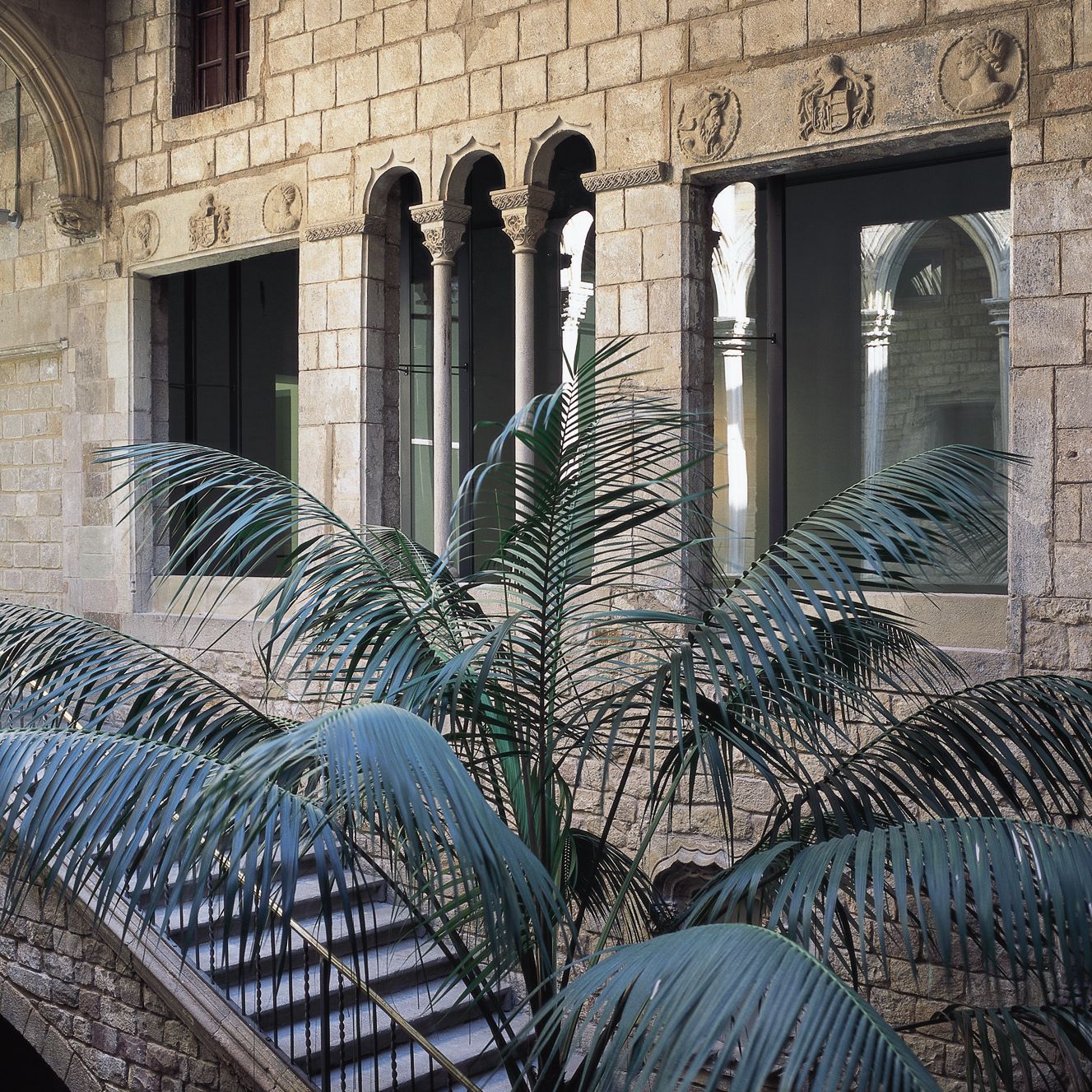 When asked which paintings are his favourites, Laniado-Romero chooses Blanquita Suárez and Gored Horse, both painted by Picasso during his stay in Barcelona in 1917. In Blanquita Suárez, a cubist portrait of the Spanish actress, singer and cabaret performer, “we can see a woman dressed in typical Spanish fashion. If we take a closer look, we begin to hear music and we can see the colour patches moving. This painting dances! If you let your imagination run free, you can even hear the cuplé she’s dancing to”, says Laniado-Romero, whose descriptions, a real treat for the senses, and are so vivid that it’s easy to imagine the picture, not to mention an urge to see Blanquita dancing. For Laniado-Romero “perception is a tango: a work of art doesn’t exist without a person to look at it. Interpretation lies within the viewer. Some works are better at communicating than others. But you must be highly receptive and allow yourself to get carried away”, he adds.

The emotions conveyed by Gored Hose, a large graphite pencil on canvas drawn by Picasso during  the First World War, are completely different: “It represents the existential distress that every sensitive  human being was experiencing at the time: the barbarity of the war”, Laniado-Romero explains, and continues: “The horse symbolises mankind, bleeding, agonising. And at the same time, the image of the horse’s head turned upwards, its neck extended, is extremely sensual. You can hear the anguish in its neigh. It’s an icon of pain and uneasiness”, he says.

Under Laniado-Romero’s direction, the Picasso Museum has hosted a good number of exhibitions including those devoted to ceramics and collage, a trip to the Blue Period through the painting Life, and a monographic exhibit that included more than 70 years of self portraits by the Spanish artist. The current exhibition The Donation of David Douglas Duncan, II documents Picasso’s creative process, seen through Duncan’s lens. In this second -and last- edition of the 133 photographs donated by Duncan to the Picasso Museum, the images are interleaved with several works from the permanent collection “to create a dialogue”, says Laniado-Romero.

Picasso’s friendly nature led him to befriend many artists and photographers such as Michel Sima, Lucien Clergue, André Villers and, of course, Duncan. According to Laniado-Romero, “these bonds of friendship grant them a different view. In Duncan’s case, you can see the rigour of the artist; the focus, the contrast of shape, light and volume. But also the very humane dimension conferred by a friend who knows the story behind what is being depicted”, he adds.

The 2015 season will include the much expected exhibition Picasso/Dalí. Dalí/Picasso, which will bring to the fore the artistic encounter of these two creative geniuses:  two names that spur great interest among the art public. “Oddly enough, the relationship between these two great artists had never been studied, partly due to their political antagonism, which began in the 1930s and reached its peak during the Spanish Civil War. But it’s a story worth telling. There was a very productive relationship between Picasso and Dalí in the late 20s and early 30s”. The exhibition, produced in collaboration with the Gala and Dalí Foundation (Figueres) and the Dalí Museum (Florida), will include works from European and American collections.

As usual, we end with Bernardo Laniado-Romero’s suggestions for the lucky Diventonians who happen to be in Barcelona.

Your favourite corner of the Picasso Museum

The courtyard of the Aguilar Palace, the most beautiful of them all. Besides, it’s where the museum began 51 years ago.

Where to go for lunch after visiting the museum

There are several restaurants in Fusina Street, close to the museum. You can eat very well in all of them.

The Pedralbes Monastery is a very quiet spot that I’m passionate about. It’s one of my favourite places in the city. I visit it whenever I can.

The first time I came to Barcelona was in the summer 1987. I distinctly remember a stroll through the Cathedral’s cloister, and the Parc Güell, a truly fantastic place.

The Picasso Museum, of course.

*Bernardo Laniado-Romero was the director of the Museu Picasso from 2012 to 2016.